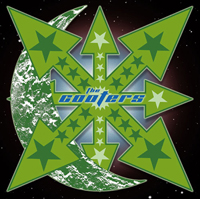 The Cooters
“The Moon Will Rise Again” CD

“The Moon Will Rise Again” was produced by Rick Clark at the famous Ardent Studios in Memphis, Tennessee (in the same room that Led Zeppelin, ZZ Top, REM, Big Star, and other bad ass bands have used). This record sounds phenomenal! It was released in 2002 by Tim Ramenofsky‘s Grammy nominated record label T-Bones Records. “The Moon Will Rise Again” is as close as it gets to a major label sounding record from The Cooters, and we are very proud of this one! 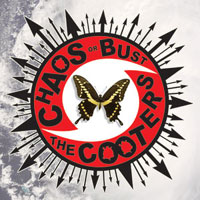 The Cooters
“Chaos or Bust” CD

Produced by Kevin Cubbins and The Cooters
Released by Profane Existence Records, 2006

“Chaos or Bust” was produced by Kevin Cubbins at Easley Studios in Memphis, Tennessee (in the same room that Sonic Youth, Loretta Lynn, and other bad ass musicians have used). This record also sounds great and was released in 2006 by Profane Existence Records. Easley Studios burned down shortly after The Cooters recorded “Chaos or Bust” there. This is one of the final albums to come out of that famous Memphis studio. 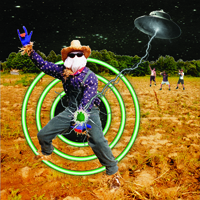 Produced by Davis McCain and The Cooters
Released by Cooters Records, 1996

Produced by Davis McCain at Easley Studios in Memphis, Tennessee. (in the same room that Sonic Youth, Loretta Lynn, and other bad ass musicians have used). In fact, The Cooters started recording this album the day after Sonic Youth finished their “Washing Machine” LP at Easley Studios. This is our debut record and was released in 1996 by the band.

Please note: The Cooters “Punk Metal” compact disc is SOLD OUT. It is, however, available on iTunes.